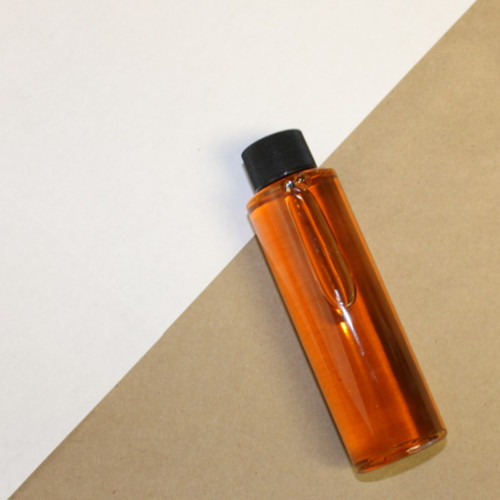 Sulfated Castor oil, also known as "Turkey Red" castor oil, has a wide range of  uses in all kinds of applications including: Soap making, lotion making, salves, creams, shampoos, and hair care, and so much more.

It's a useful specialty product, especially since the Sulfated Castor oil, or "Turkey Red," is the only castor oil that completely disperses in water, so it is useful in a wide variety of applications.

Sulfated castor oil. also known as Turkey Red oil is very useful since it will completely disperse in water.  It contains all of the same humectant and moisturizing properties of Cosmetic Castor Oil but in a water soluble form. Castor Turkey Red is a common addition to bath products, natural soaps, lotions etc.

Turkey Red Oil is easily solubilized and easily mixes in water. It is perfectly suited for use in making water dispersible bath oils and personal care products. Turkey Red Oil  is also useful because it helps solubilize other lipids, additives, and essential oils.

Also try using it to formulation balms, shampoos, hair oils, and other thick emulsions for the skin and hair.

Sulfated Castor Oil is also seen in formulations as a  natural emollient and applied to the skin and hair as a softener. (keep away from eyes!)

In the yard, try the sulfated castor oil as a deterrent to Moles. Blend it in with our all natural corn based surfactant, Decyl Glucoside, and spray in the mole holes in your yard to rid it of those pesky critters. Blend in 1 tablespoon of pure Decyl Glucoside with 12- 14 Oz of Pure sulfated Castor Oil and put it in your hose end sprayer. For a pump type sprayer try using 1 Oz of Decyl Glucoside surfactant to every 32 Oz of sulfated castor oil and then the balance of water up to 2 gallons to treat the mole holes. Spray at least half a gallon in and around the holes. Re-treat as necessary. * In tougher situations try adding 2 Oz of natural NEEM OIL to the blend. This will also help with other pesky insects too.

Turkey Red Castor Oil is a darker red in color compared to castor oil. * Picture may not be representative of exact product.

Sulfated Castor oil is made by treating pure castor oil with an acid (sulfuric acid) in a process called Sulfonation.

Use in Cosmetics and Soap Making

Keep in a cool (preferably below 85°F, the cooler the better), dark and dry store-room.