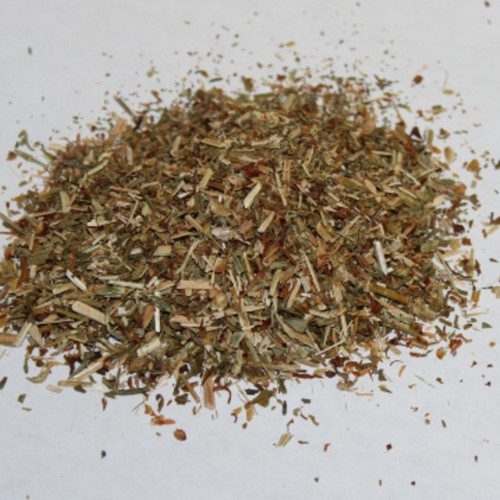 Named after John the Baptist, St. John's Wort is a flowering perennial originally native to Europe but has since found its way around the world. The flowering tops are dried, cut, and sifted and they are fibrous with a pleasant scent. St. John's Wort has many claimed benefits such as: anti-depressant, reduce anxiety, anti-viral, anti-inflammatory, antispasmodic, and more. You can also infuse it into oil for use as a skin oil or liniment, or use that infused oil in your cream or lotion formulation!